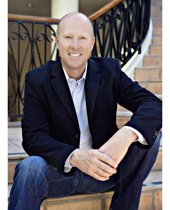 Erik Sellfors is the Broker/Owner of RE/MAX Coast and Valley.  He specializes in representing home sellers and buyers in the Ventura and Los Angeles counties.

He began his career in 1987 during his sophomore year in college at San Diego State University. After having flipped numerous properties with his family, he recognized that real estate was his passion.  At age 19 he joined Merrill Lynch Realty.  Having a forte for financial analysis, he joined the esteemed firm of Marcus and Millichap in 1989. There, he represented investor clients in the acquisition and disposition of their large income producing holdings such as apartment buildings and retail centers.  In 1993 he was asked to become the assistant manager of Coldwell Banker in Woodland Hills.  There he went through the lengthy management program being groomed to later manage an office.

Erik joined RE/MAX in 2001 and quickly became one of their top-producing agents.  Over the next few years Erik was consistently awarded “Top 5” recognition in the office.  In 2007, Erik was awarded the “Chairman’s Award” signifying outstanding sales production.  He later went on to earn this multiple times.  In 2008, he was acknowledged for being the 5th largest producer in the country and 11th worldwide. He was awarded the prestigious “Diamond” award given to very few associates each year.  In 2008 Erik was inducted into the RE/MAX “Hall of Fame.”   In 2009, he received the honorable “Lifetime Achievement” award.

Erik has served on numerous HOA and MLS boards as well a tech groups.  He is a member of industry associations including the National Association of Realtors, the California Association of Realtors, and the Conejo/Simi Board of Realtors.  He is a member of REOMAC and numerous REO organizations.  He also holds short sale designations.  Over the last 30 years, Erik has been hired by many of the top lenders in the nation including Wells Fargo, Bank Of America, Chase, Indymac, and New York hedge funds to assist them in the sales of their non-performing assets.  Erik is an approved Fannie Mae direct agent and feels pride in assisting them in their venture to provide new homes to first time buyers through their HomePath initiative.

While at San Diego State, he raced on the ski team.  Skiing remains a passion today and he regularly skis Mammoth with his family.  He has two daughters who are 14 and 17.  Growing up on the beaches of Southern California he became a swimmer and loved to surf.  He took up racing in Triathlons in 1986 and finished the Ironman in 2001.  Flipping homes continues to be something that he is passionate about.

Thank you Erik. We appreciate your diligence and hard work, we would definitely recommend you.

Thank you Erik! You did an excellent job in such a speedy time with more than we were asking for. Thank you so much, I knew we could count on you!